(I know some of you have seen the first picture, but for those not on Facebook …)

When she woke up this morning, I told Juliette to look around, there was something in her room that wasn’t there when she went to bed last night. She finally spotted the dress hanging up and her jaw dropped and she got all excited and said “You finished my DRESS?!” And I told her I had after she went to bed last night and the first thing she wanted to know was could she wear it today. Well, I told her, it’s not exactly a dress for a 4 degree day, but we agreed on a turtleneck and fleece pants under it. As soon as I got her dressed, I grabbed the pink bow on her dresser and she wanted to wear it so she could look like Minnie – and she was pleased her pants made her look more like Minnie! It was so priceless to hear her run to the mirror in the hallway and say softly “I look bootiful!” Of course she does, but not because of the dress. But I just let her enjoy it. As I was putting her coat on to get her in the car, she said “Thank you papa for making me a pretty pink dress” and she was so sweet I swear you could have eaten her with a spoon! 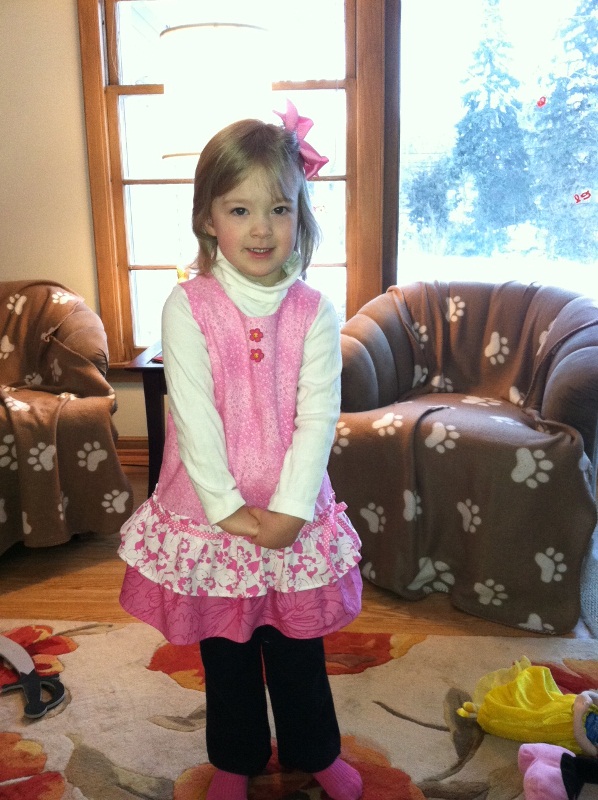 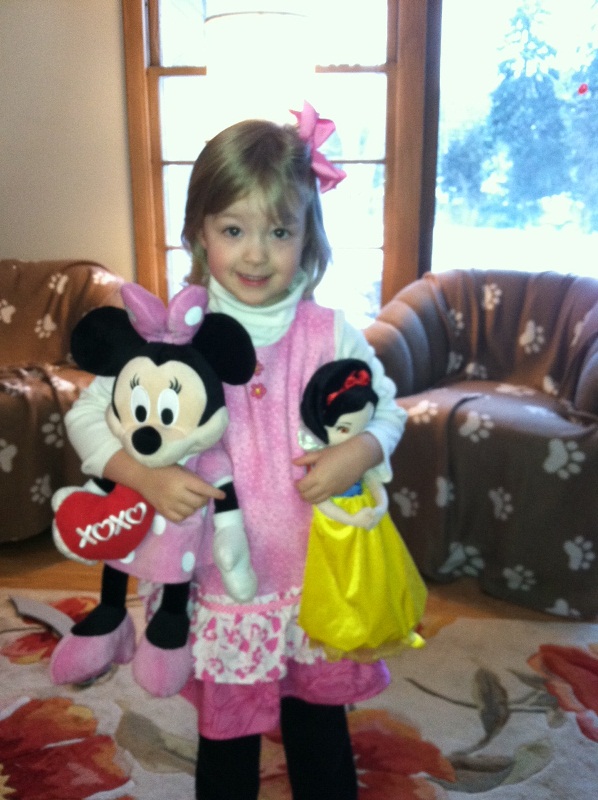 4 thoughts on “I look bootiful!”